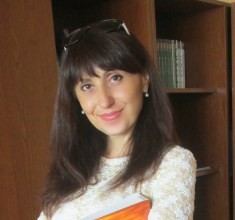 T: Good morning dear students! I’m glad to see you again. I suppose you are well and are ready to work. So, make yourself comfortably, smile and everything will smile around you in spite of our today’s lesson which I dared to call “… we have no spare planet.” (slide1)

The motto of today’s lesson will be the words by a famous American writer J. Galsworthy. So, today you will … (slide 2) And what personally you expect of the lesson? Write down your expectations on the sheets of paper on you desks.

You know , since the beginning of life on the Earth Nature has been just like our mother who raises us and won’t hurt us. We have to be responsible for what we’ve done to Mother Nature. Sometimes we , humans, take everything from Nature for granted. And we don’t even realize that we are coming slowly to the dead-end.

So, I’d like to start our lesson with the famous song by M. Jackson “The Earth Song”. You should listen, watch the clip and think about the main idea of the song. To express your thoughts you should write out words or word combinations connected with the main idea of it while watching. Then give your own vision of the scenes you’ve just watched. (Video, Comments. Students watch and do the task.)

So, what have you written out, heard, watched?

T: Really, pollution, animals’ rights, the rainforests, endangered species, recycling… You’ve heard it all before, but just to whet your appetite, here are some facts you may not have realized. I want you to look at the screen and think over the facts given and then comment some of them . (slide 3)

T: The list is endless. Horrible facts, aren’t they? But there must be some reasons for them. Can you admit the main reasons of pollution? (Students’ answers.)

T: It’s quite clear that environmental awareness is all the rage, but how much more do you know about:

I offered you to solve these problems through making projects. You were splitted into 3 groups and you’ve chosen the tasks. So, you are welcome to present your work. ( Students’ projects presentations).

T: Thank you. You really tried to highlight some aspects of the problems existed and make some solutions. But I must add that since 1950s we’ve destroyed more than 1/3 of our natural world. Our way of life has caused many serious problems. We use huge amounts of natural resources , produce too much rubbish. Pollution is changing the Earth’s climate and our planet is getting hotter. The big question is: will things ever change for the better?

Some scientists are optimistic about the future and think that science and strict laws will help problems to disappear. Others are pessimistic and believe that problems are getting worse and soon there will be too late to save the environment. You will work in groups. One group are optimists another one are pessimists. You should argue . but politely. And in the end to find the only way out. (Role – play discussion.)

T: Our lesson is coming to the end. So, I suggest you to look at the screen again , follow the words and think over them. ( slide 6)

We are told that Adam and Eve were banished from the Garden of Eden into the world. We have – ever since we started walking upright – set about the tasks of banishing ourselves from our own Garden of Eden – our planet Earth. Perhaps, banishment is the wrong word to use, because it means that there is somewhere else we can be banished to, and in our case, once we have ruined and used up this Eden, there is no other, no second world hanging in the sky that we can all blithely move to, as if we were changing houses. This beautiful and endangered planet is the only one we have…

Aren’t these words sacred? Sure. So, your home task for the next lesson is: imagine you are script writers. You have to write what the life of people would be if they were banished from the Earth. But the 1st group is optimistic again and the 2d one is pessimistic.

T: At last , lets come to your expectation box. (Reading out students’ expectations)

T: To sum up I’d like to tell that once it’s yard to imagine but people now start to think about the possibilities to evacuate from the polluted planet. But if human beings don’t change their “bad habits” , the polluted areas will extend in the Universe and probably there will be no place to live in. We should educate all young generations and turn our Earth into a wonderful place. ( slide 7)