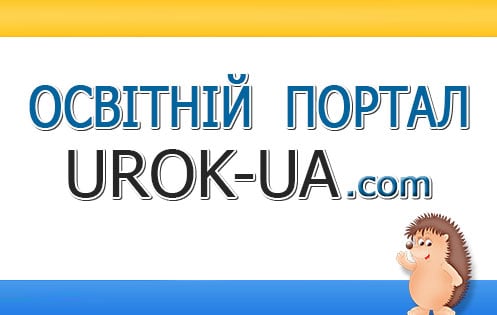 -to revise the vocabulary related to the topic;

-to encourage students’ respect to their native culture and to be tolerant to the culture of the other countries;

Ladies and Gentlemen! Welcome to our Business English lesson. The topic of our lesson is “Money”. Of course, we can’t buy the most important things with money as LOVE, HEALTH, HAPPINESS, FRIENDS…

But most economics in the world are based on money relations. What makes you happy? Is money very important in your life? What is money used for?

Restore the proverbs: Money (does ) not smell. Money (opens) all doors.  Money (is ) power.  Money lent (is) money spent. Money (makes) the world go round. How ( much) money do you need?

Continue the sentences :  If we work hard, we…(earn) money. If we have a lot of money,we… ( invest)  it in bank. If we travel abroad, we… (exchange money)…  When we do not have enough money, we…(borrow) it from a bank or our friends.  Etc.

A speech of Mr.Chairman about history of money.  (Supplement #1)

A speech of the delegation of Ukraine about history and design of a Ukrainian hryvnia. (Supplement#2)

A speech of the delegation of the European Union about the design of a euro. (Supplement #3)

A speech of the delegation of the UK about the history and design of a pound. (Supplement #4)

A speech of the delegation of the USA about the history and design of a dollar. (Supplement #5)

Find out some details on banknotes  with the help of the lenses(compare two banknotes of 100 hryvnias, describe 5 euro, 5 pounds, 5 dollars, symbols on 1 and 2 dollars).

What does the word “hryvnia” mean?

What do windows, gateways and bridges on European banknotes symbolize?

Whose portraits are on British banknotes?

Find the explanation in the dictionary and write them into your exercise books.

Our guest Ms.Prosperity will tell you about “Money Habits and Superstitions”:

*To find explanation of money synonyms with the help of dictionary and to write it in the exercise books.

* To speak about coins in Ukraine, the EU, the UK, the USA.

*To describe funny habits and superstitions connected with money.

To pay the bills I have to pay

And still there never seems

To be a single penny left for me

That’s too bad In my dreams

I have a plan

If I got the wealthy man

I wouldn’t have to work at all

I’d fool around and have a ball

In the rich man’s world

In the rich man’s world

All the things I can do

If I had a little money –

But I can’t get him off my mind

And if he happens to be free

I bet he wouldn’t fancy me

So I must leave I’ll have to go

To Las Vegas or Monaco

And win a fortune in a game

My life will never be the same…

Ladies and Gentlemen!      Welcome to our conference!

Electronic Money, Internet  payments, plastic  cards are coming into use in modern life. But I want to remind you, that money has gone a long and interesting history.

When people learnt to work with metals, they began to mint coins from precious metals.

Today   the delegations from different countries will make short reports about currency bank notes circulating in their countries.

We ask you to fill in the Currency Table by the end of their reports.     We have to choose:

the currency, that  reflects history.

Feel free to ask questions to the speakers.

I give the floor to the delegation of the European Union.  … Ask questions, please.   … Thank you.

I give the floor to the delegation of the United Kingdom  of Great Britain.  … You are free to ask questions. Thank you.

I give the floor to the delegation of the USA ….  Any questions to the speakers?  …Thank you.

Thank you for your attention and productive work. I declare the conference closed.

Hryvnia is the official currency of Ukraine.

The very first hryvnia appeared in Kyiv at the beginning of the 11-th century. It was minted from pure silver, weighed 164 grams and was shaped like a hexagon. In fact, the word “hryvnia” comes from a piece of jewelry which was made of iron, bronze, silver or sometimes gold. It had a shape of a hoop and was worn around the neck, by both men and women. Sometimes it was used instead of money.

The second birth of hryvnia coincided with the proclamation of independence in Ukrainian National Republic in 1918.The famous Ukrainian artist Heorhiy Narbut designed the hryvnia banknote.

The modern-day hryvnia was designed by famous Ukrainian artist Vasyl’ Lopata. It was introduced on September 2, 1996.The face side of modern hryvnia depicts  the outstanding people of Ukraine. The back side  of  hryvnia depicts the places of interest, connected with Ukrainian history and culture.

In 2004 a graphic sign of hryvnia was introduced. It looks like an old letter   ?  with  two parallel lines as a symbol   of stability. In 2008 the Ukrainian hryvnia had been recognized as one of the five the most beautiful currencies in the world. The Aesthetic Commission took into account the aesthetic design and the historical significance of the pictures on the currency. The group of winners except  Ukrainian hryvnia  included Australian dollars, US  dollars, the euro and the Bulgarian lev.

Banknotes are legal tender throughout the euro area.

The architectural styles from the seven periods in Europe’s cultural history are represented as follows:

The windows and gateways on the front of the banknotes symbolise the spirit of openness and cooperation within the EU.

The bridges on the back symbolise dose cooperation and communication between the people of Europe and between Europe and the rest of the world. Bridges are stylised illustrations, not images of, or from, actual constructions.

The 12 stars of the EU represent the dynamism and harmony of European nations.

The pound sterling is the official currency of the UK. It is one of the oldest world’s  currency.  It was officially established   by  Queen  Elizabeth I  in 1560.  The term  “ pound sterling’’  dates back to 1266 and originates from the value of one pound of weight of high purity silver, known as “sterling silver”. The first banknotes were issued in 1694. Since 1971 the monetary system of Great Britain is based on the decimal  system and now  one pound is subdivided into 100 pence (singular: a penny).

The face side of each banknote depicts the portrait of Queen Elizabeth II. The back side shows the portraits of the outstanding people of the UK. The design of the back side is changing from time to time.

1 pound is a coin now. The banknote featured  Isaac Newton(a scientist).The banknote is out of the circulation since 1998.The current    5 pound  note  features Elizabeth Fry ( a teacher, a fighter for women rights and living conditions in European jails).The previous portraits were: Duke of Wellington, George Stephenson.

The word “dollar” comes from the name of a silver coin used 400 years ago in Europe. The coin was minted from pure silver and called “taler”. Later the word changed into “daler” and “dollar”. This word travelled to the Netherlands,  England, Germany and Spain. The dollar was the currency of Germany and  Spain for over two centuries before it came to America. In 1782 Thomas Jefferson proposed that the Spanish dollar be the unit of currency, thus helping Americans to become independent of the British pound sterling after the War for Independence. Continental Congress of the USA approved its circulation in1786.The dollar became American’s official currency in 1792.

The origin of the dollar sign is not clear. Before Americans had their own dollars, they used Spanish coins. The Spanish coin contained the symbol of Philip – the king of Spain –a ribbon winding around two Pillars of Hercules ($ $).     Historians suppose that it may have led to the dollar sign $. As for the design and colour of banknotes, it was decided that the front side would be printed in black ink with green highlights. The back side was printed in green ink. The green colour was seen as a symbol of stability.So, the banknotes  became known as “greenbacks”. All banknotes bear the words:”In God We Trust”. The face side features the portraits of famous Americans: the outstanding Presidents (banknotes $1, $2, $5, $20, $50) and public figures($10, $100).The back side features the famous places and  historical buildings.

Ladies and Gentlemen! It is not a secret, that people practice money habits all over the world. I’d like to remind some of them. As you know, the green colour of this covering is a symbol of stability and prosperity. Let’s look under the green covering…Do you know these symbols?  …

Try to keep to the Money Habits and best wishes for the coming New Year.